Enjoy the area's best High School bands as they perform before this year's Grand Parade …. in the Downtown Business District or along Memorial Drive. 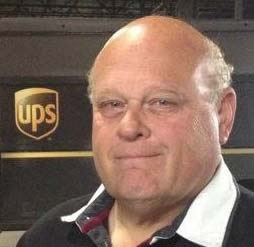 Peter I. Maxwell was born in 1952 to Tom and Iris who met during World War II on the West Coast of England. Pete attended Harvard Elementary and graduated from Bowsher High School in 1970. He went on to graduate from the University of Toledo in 1976 with a degree in business education. Upon graduation, Pete decided that driving a brown truck would be a great adventure! He started at UPS on April Fool's Day, 1971 and worked seven years as a part time employee. He then went on to a full time position for 34 years of which he spent 30 of those years delivering in the Pemberville/Eastwood area. He met and married his wonderful wife Carolyn in 1975 while working at UPS. Together they raised two sons, Peter (Manager at Yark Automotive Group) and Matthew (Representative for Imagination Books/Books are Fun) who is married to Emily. Pete also has two brothers, Rex and Bruce. Pete has been a New York Yankees Fan since 1959 and is a life member of the Church of the Cross Methodist as well as a member of the Toledo Sailing Club and SAL Post 183.

A Note From Pete…..
I spent 30 of the best years of my life delivering to the Pemberville area and would not trade the memories for anything. Over one million miles and at least one million smiles from this corner of God's earth!

Supercalifragilisticexpialidocious!!
In every job that must be done, there is an element of fun and I certainly had a wonderful career because of all the good people! Cakes, cookies, Gatorade, your hospitality was wonderful!! Watching the corn grown daily, the wheat harvest, the leaves turning, and the smell of tomato soup became my world. The eagles, the deer (only hit one!) the geese on the river, and the town turkey along Water Street made me smile immensely. But mostly this community is world class. This honor to be the Grand Marshall of the Parade, caps off my life down here - just driving down Front Street will always put a smile on my face, my home away from home! Thanks from the bottom of my heart! - Pete