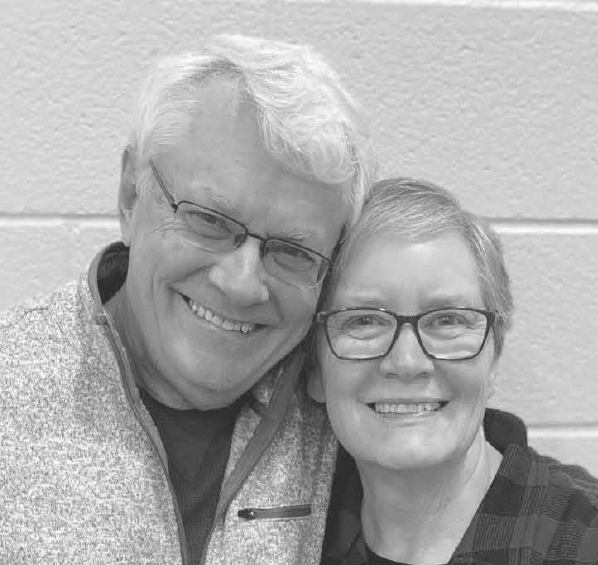 Jim and Chris Budke first came to Pemberville when Jim was called to serve as Associate Pastor at Bethlehem Lutheran Church from 1987-1997. In the years since, they have only missed the Pemberville Fair one time when they took a cruise to celebrate their 40th Anniversary in 2014. After serving St. Stephen's Lutheran Church in Hamler from 1997-2006, they decided to retire in Pemberville. In “retirement” Jim has served as visitation pastor at St. John's Lutheran Church in Stony Ridge and currently serves at St. Mark's Lutheran Church in Bowling Green. Through the years he has been seen working for Marsh and Marsteller Funeral Homes and delivering flowers for Downtown Decoration on Valentine's and Mother's Day. Blood donors may have seen him at the Red Cross or local blood drives giving part of his 52 gallons of blood donations. Chris retired her small alterations business in 2006 when Jim retired. However, she still enjoys sewing for her grandchildren and making small appliqued and quilted projects as gifts. Before the grandchildren came along, she could be seen working at Beeker's General Store on Mondays and Fridays and helping with Friends of the Library projects. Currently Chris enjoys participating in Mental Culture Club as well as various Women of the Church programs. Through the years Jim has enjoyed helping with various Pemberville Fair events: selling pop, selling ride tickets, announcing the pig contest, and portraying the Cat in the Hat while daughters Katie and Suzy portrayed Thing 1 and Thing 2 in the Grand Parade. Chris enjoyed making many pies for the fair as well as selling ride tickets, entering baked goods in the fair and serving as Baked Goods co-chairman for a few years. Retiring in Pemberville has been a happy decision for Jim and Chris. In addition to being close to many friends, they delight in the fact that their four children and five grandchildren all live within an hour's drive. Jim and Chris have enjoyed planting a large garden now that they have room for it. Their favorite crops are strawberries and pumpkins – for the grandchildren, of course!